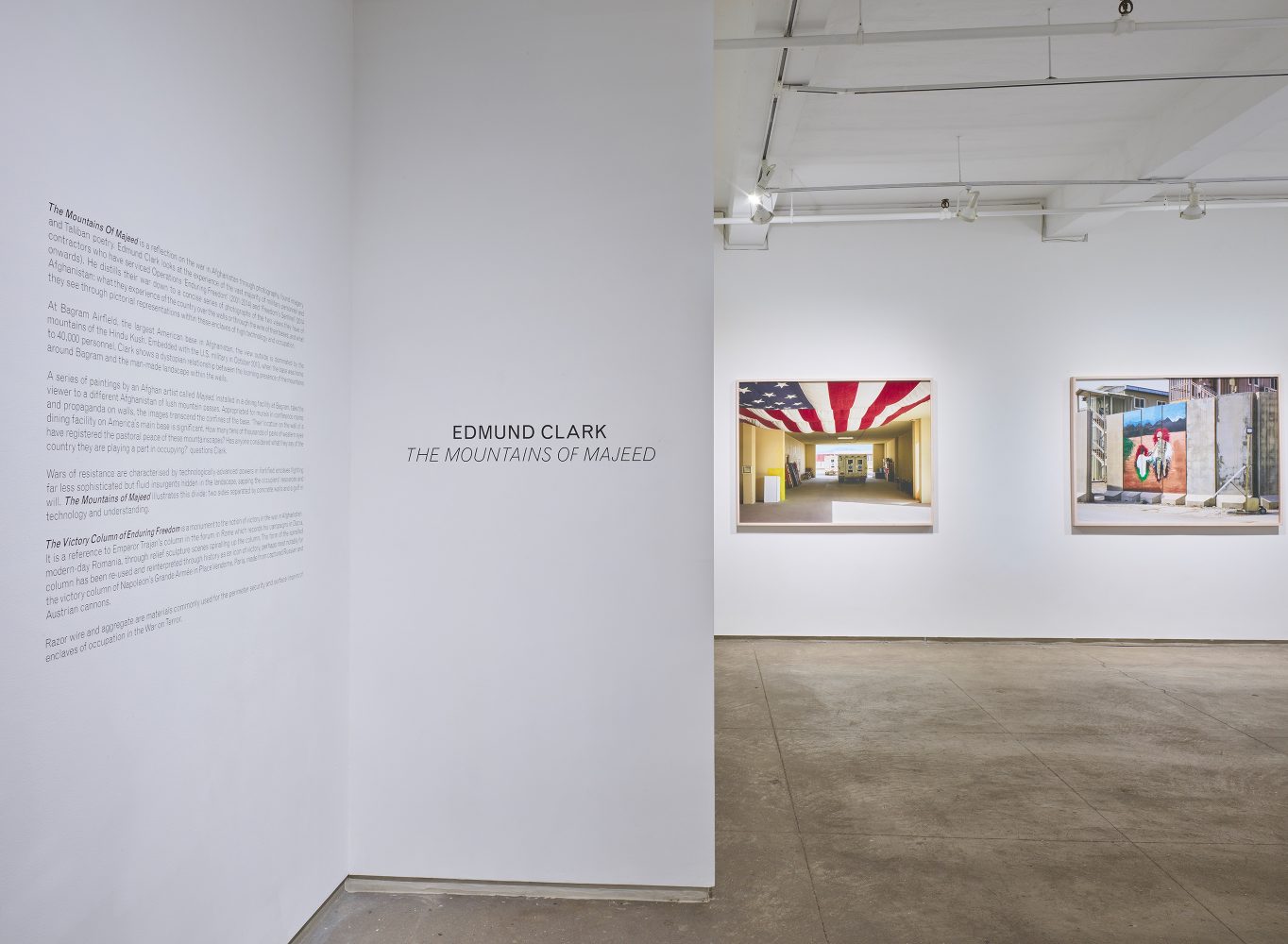 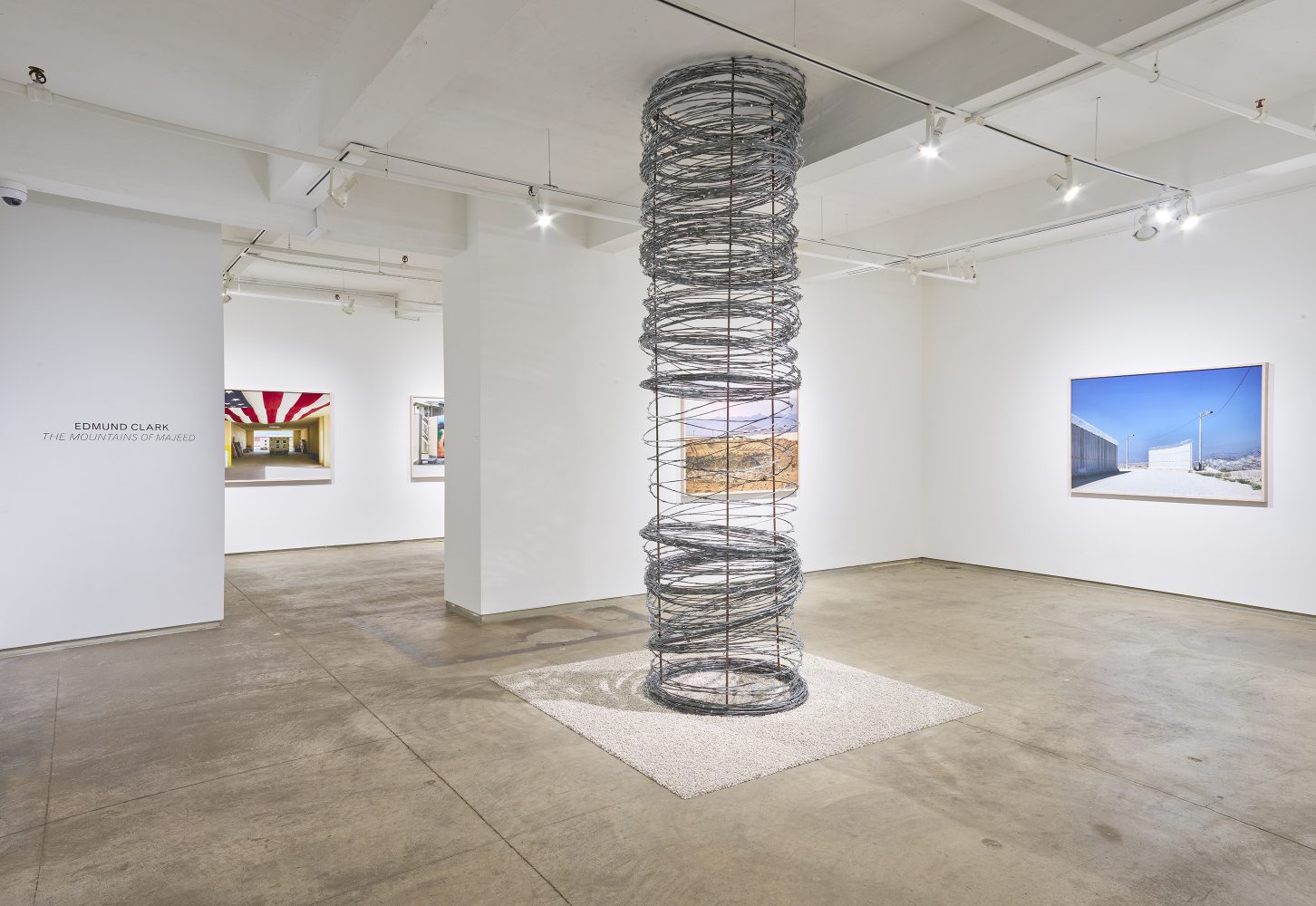 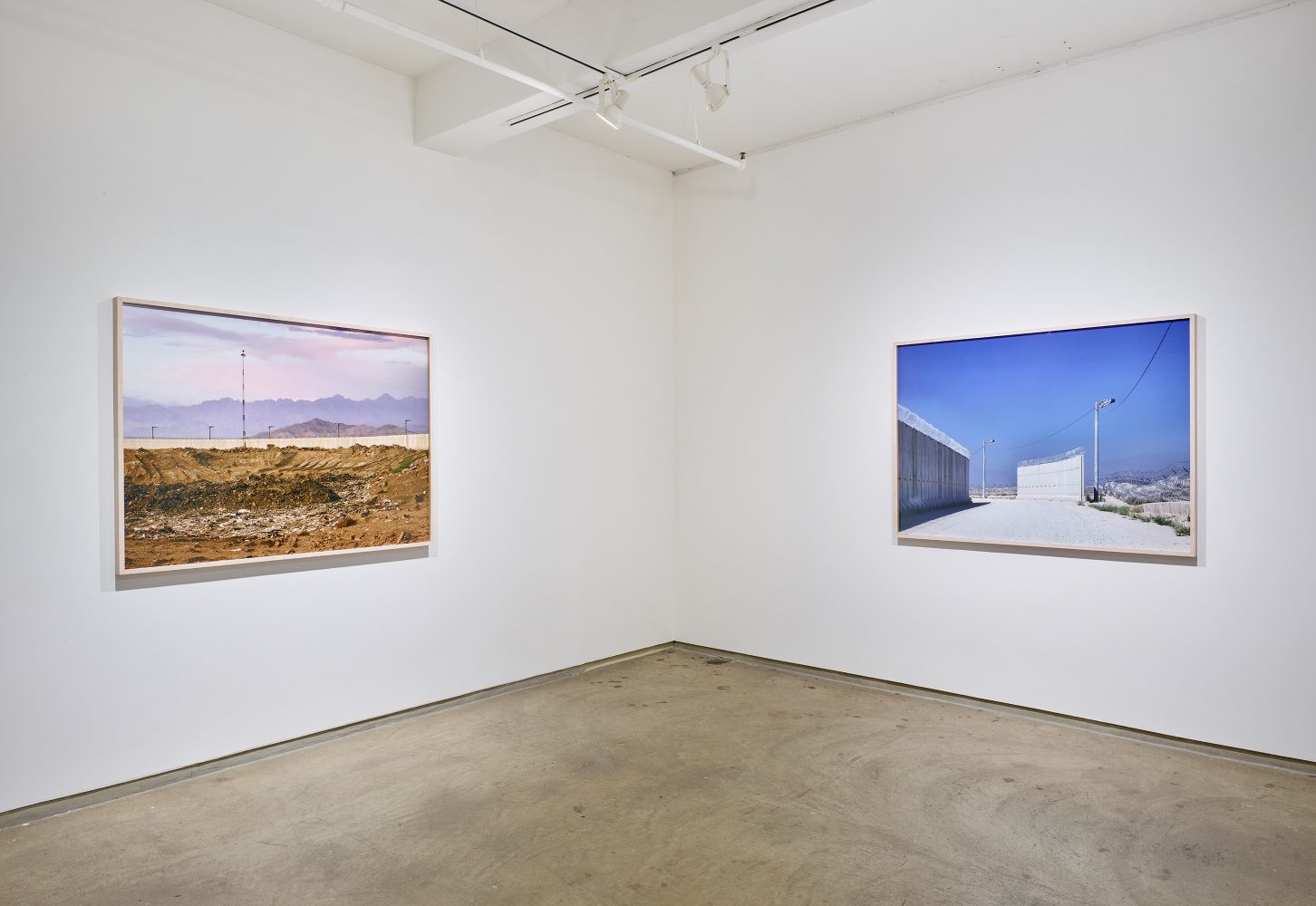 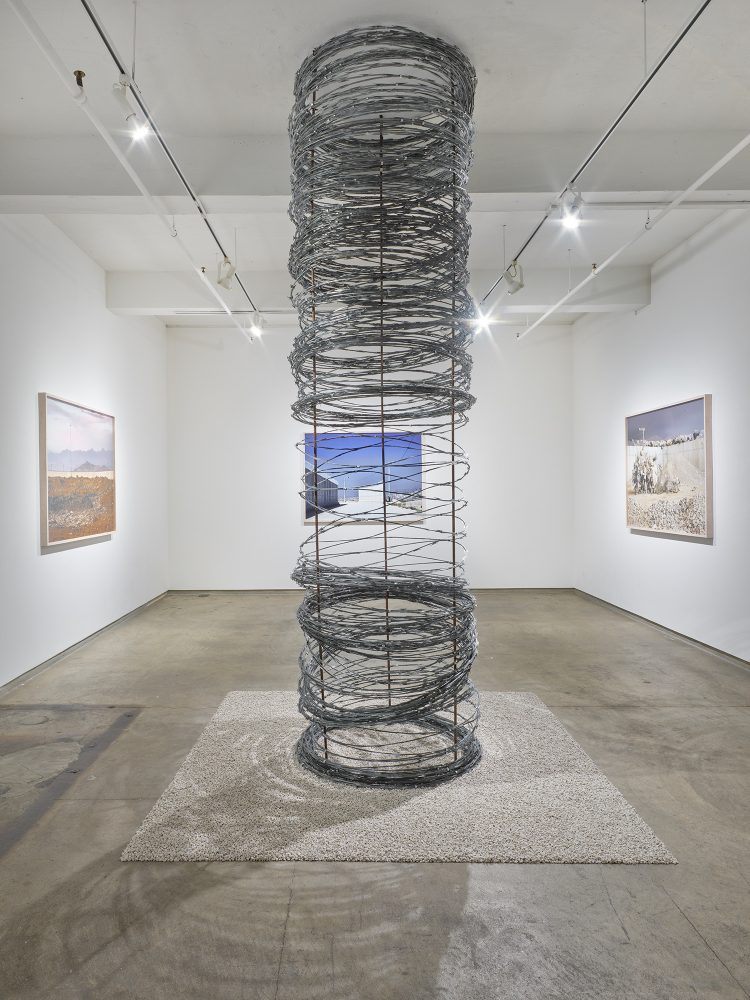 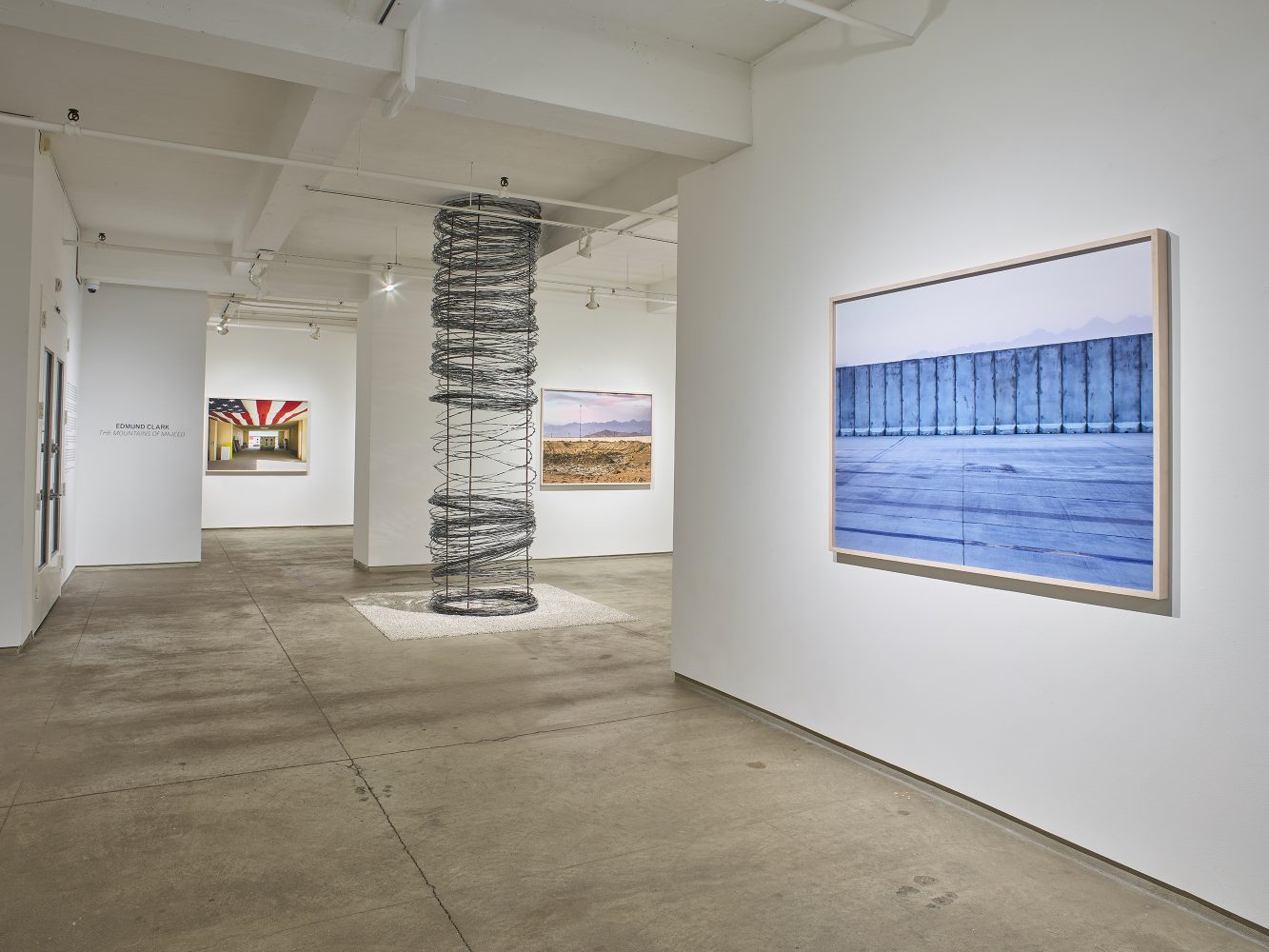 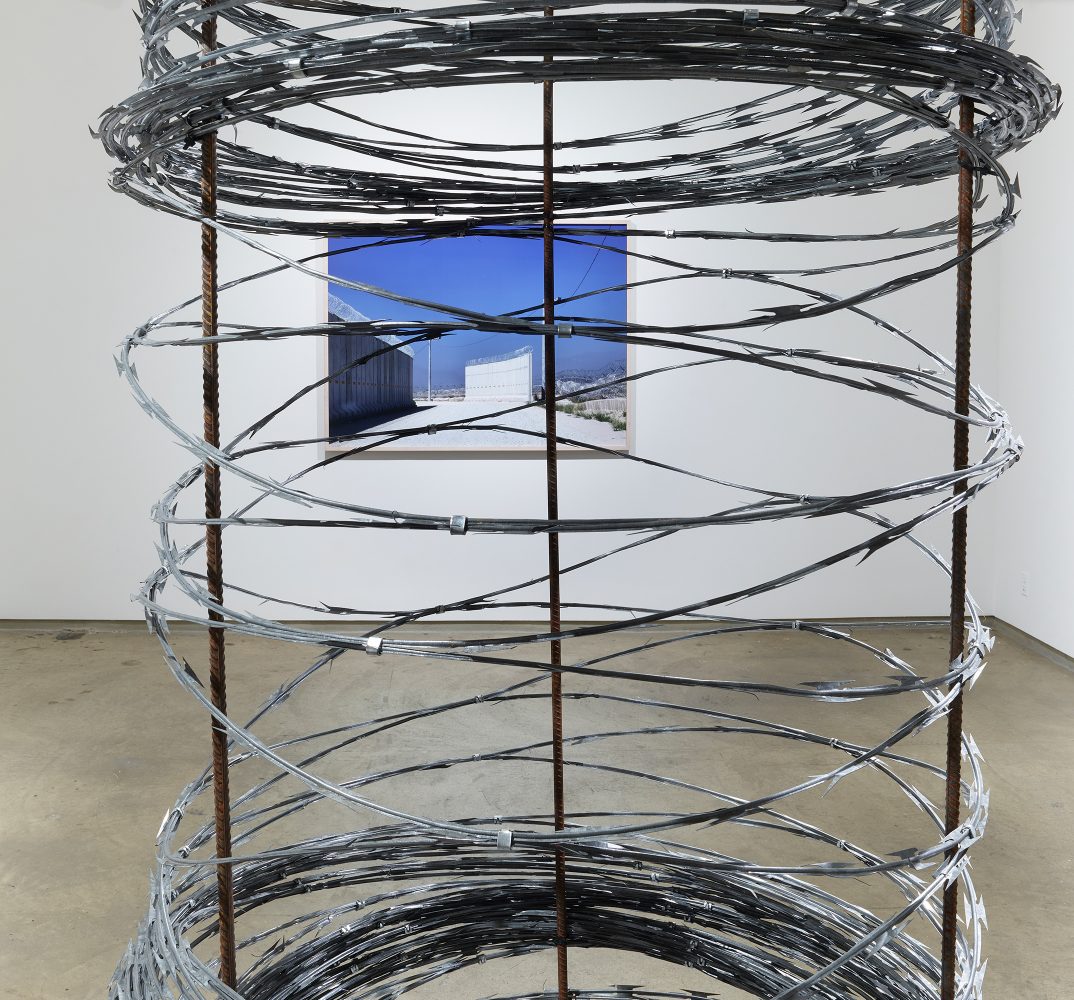 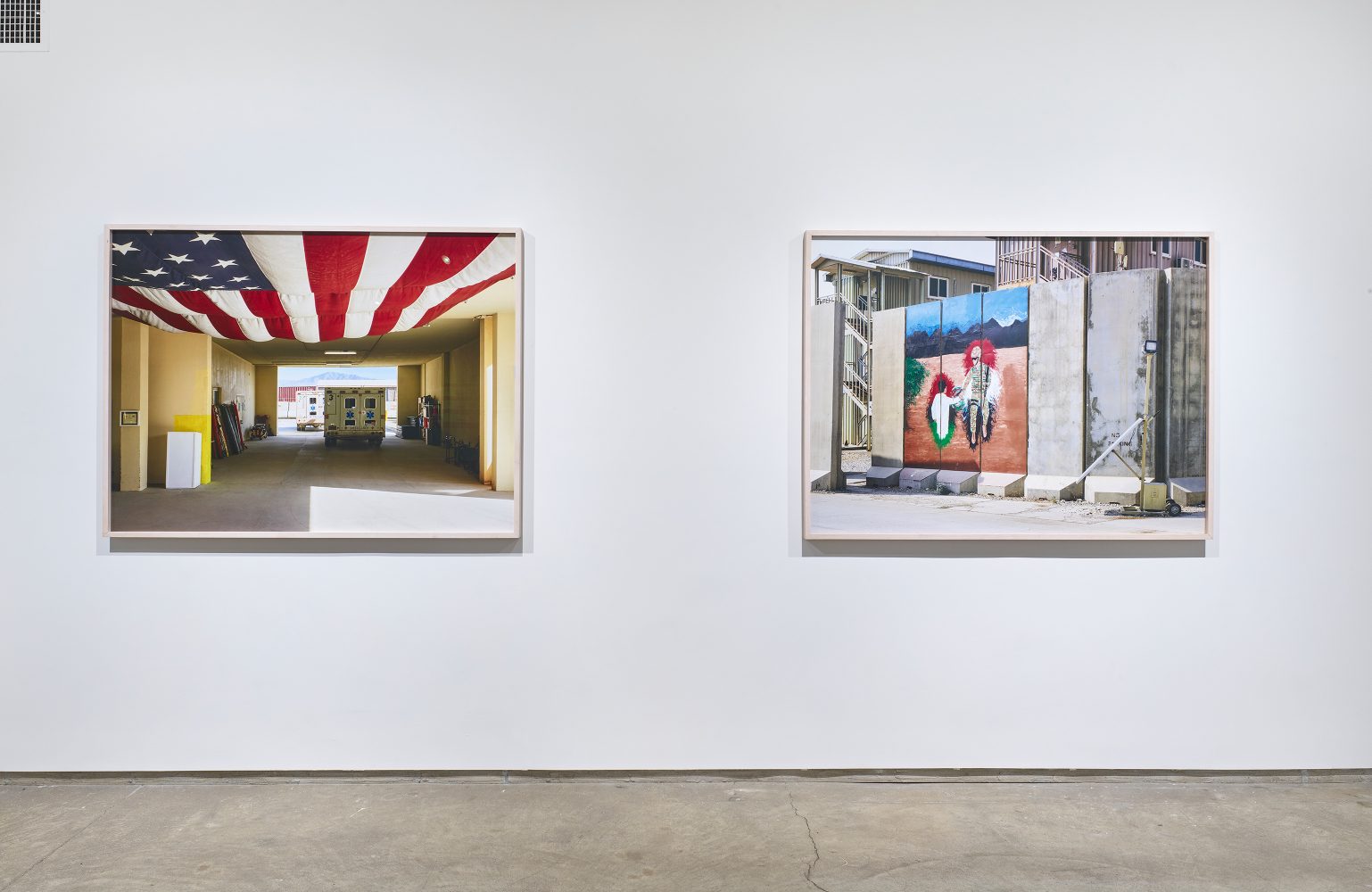 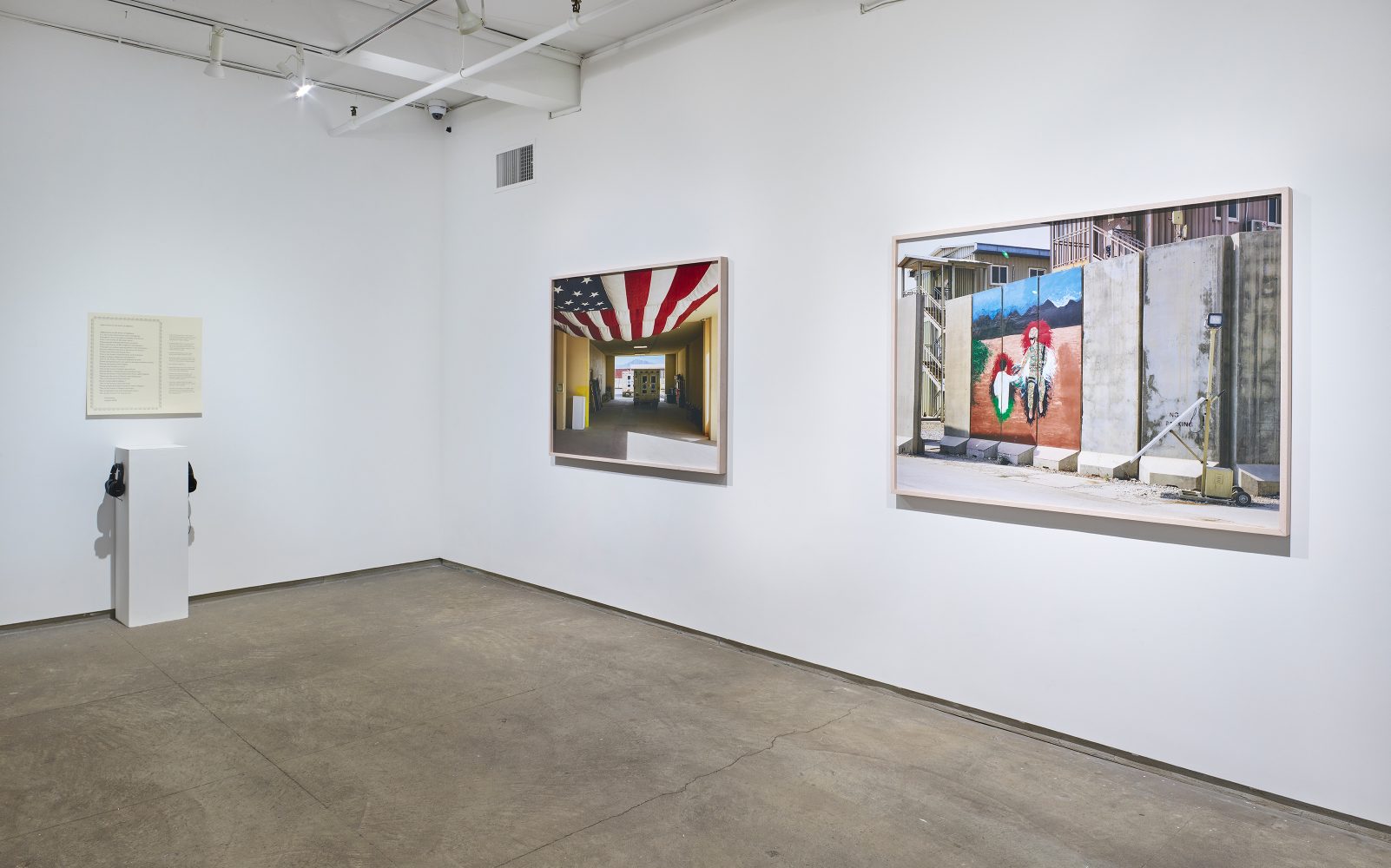 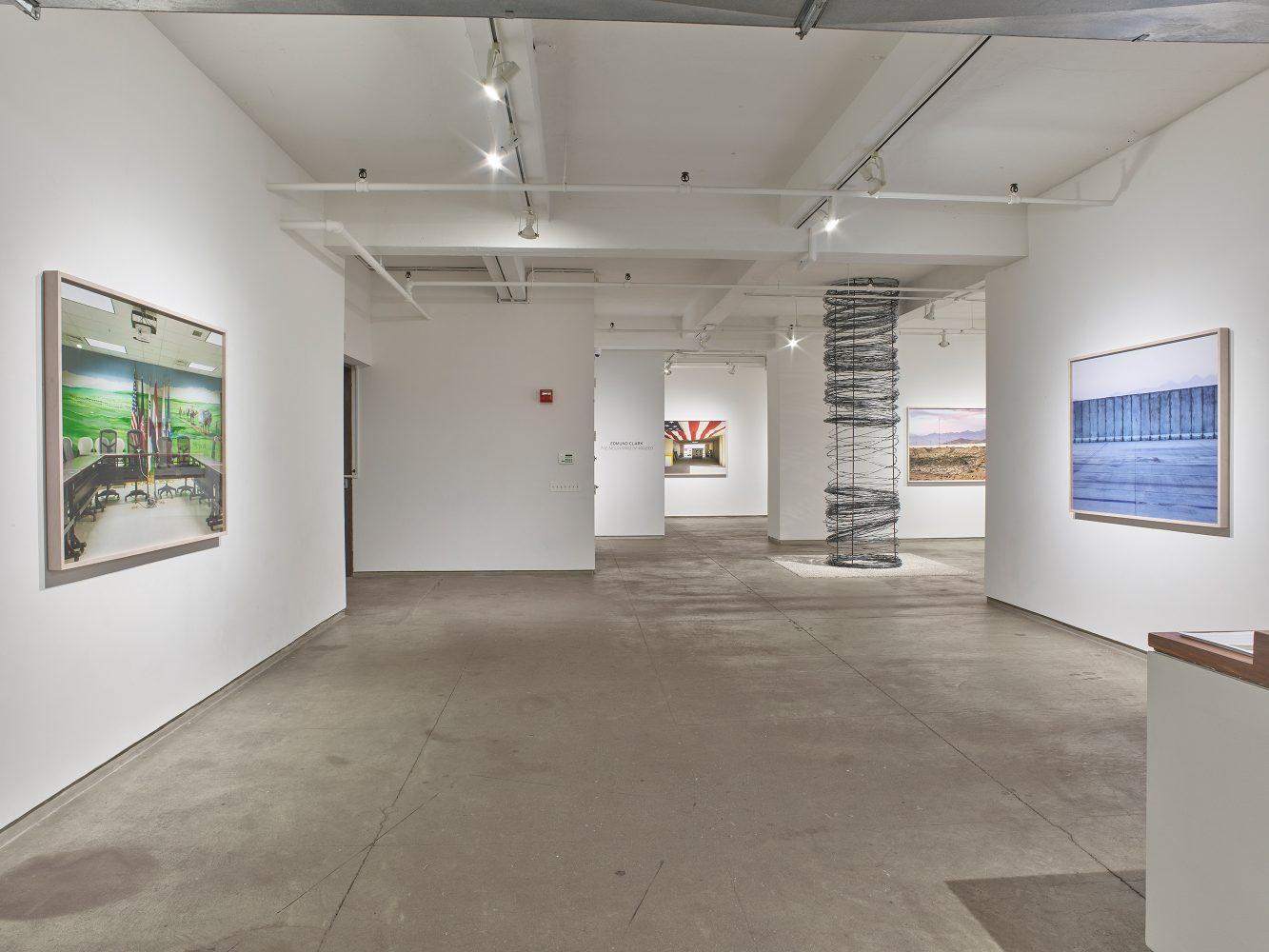 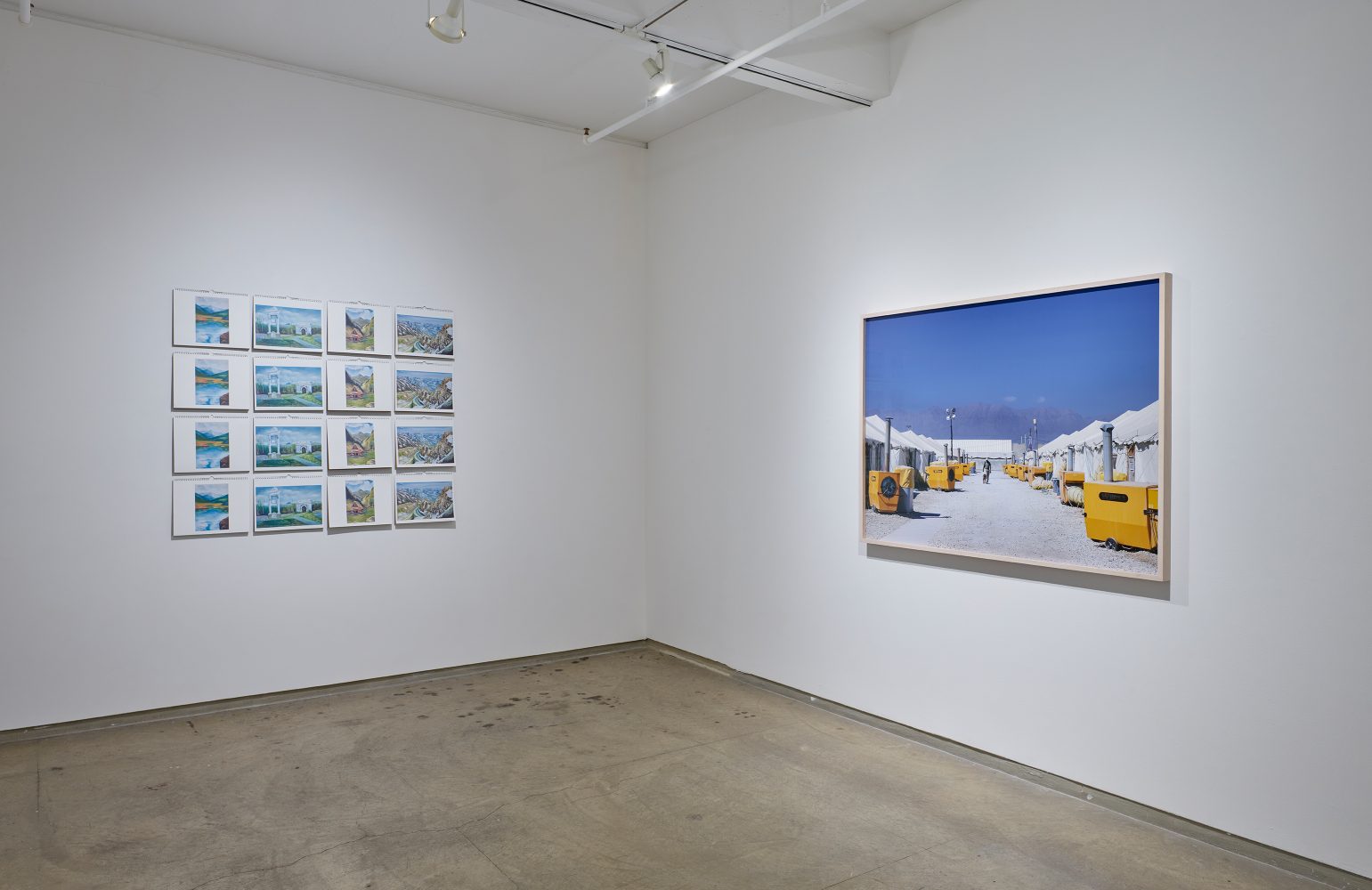 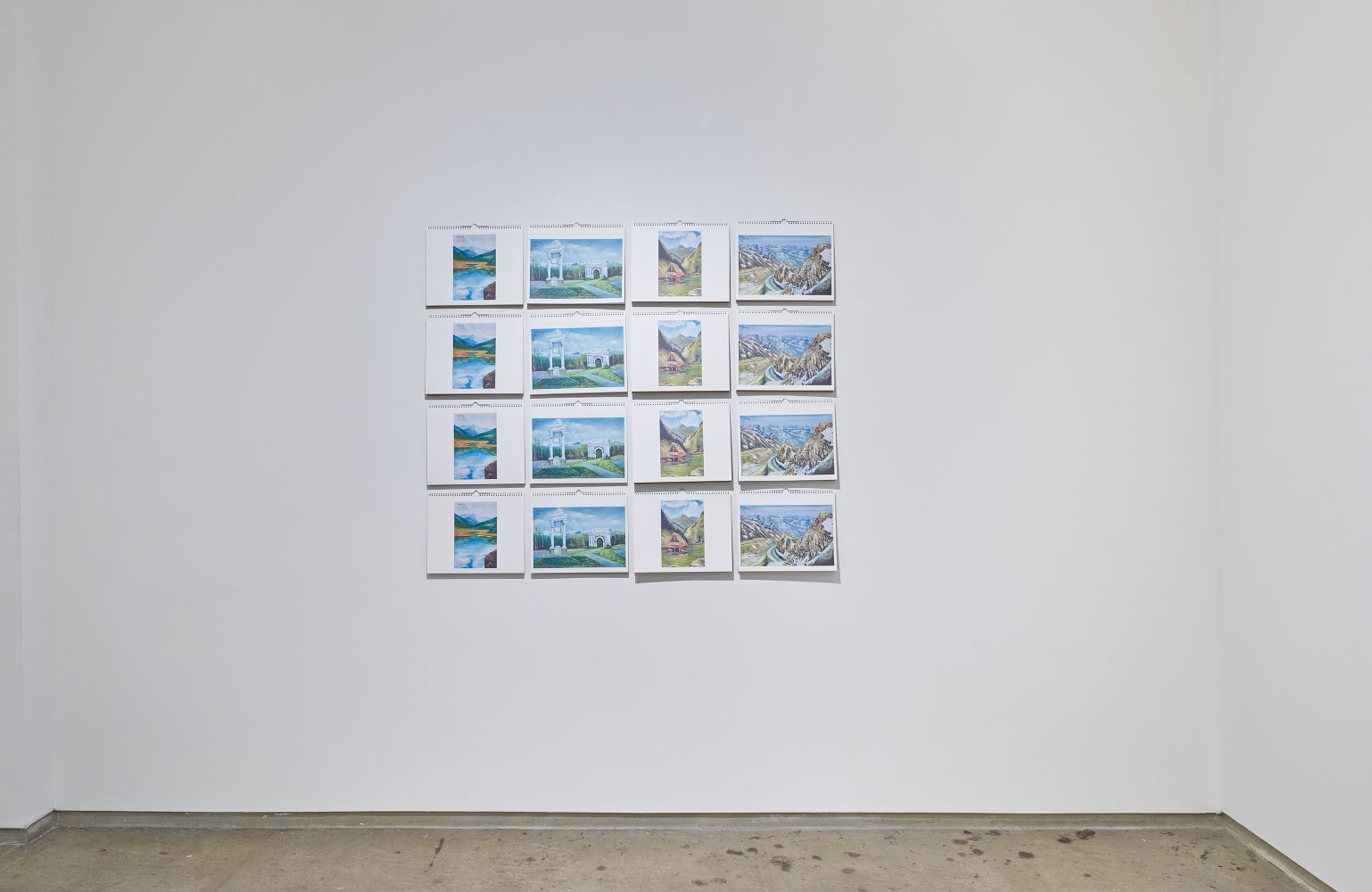 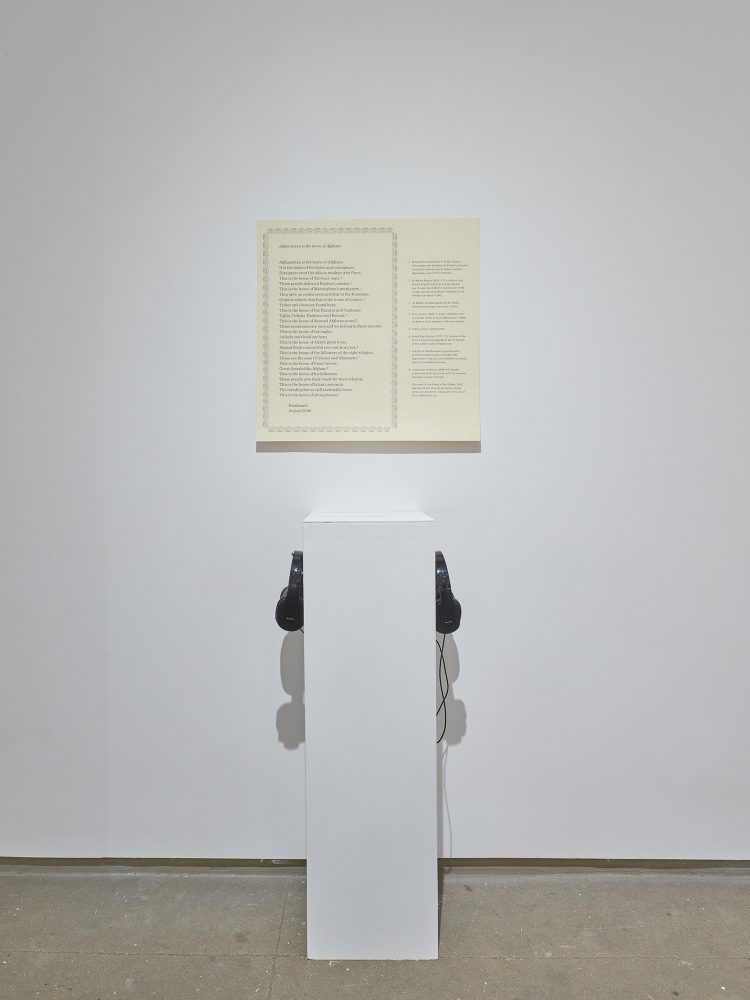 British photographer Edmund Clark has spent more than a decade exploring the unseen processes, experiences and sites of contemporary conflict, with particular focus on the so-called War on Terror.

The Mountains of Majeed is a reflection on the end of ‘Operation Enduring Freedom’ in Afghanistan through photography, found imagery and Taliban poetry. Based at Bagram Airfield, the largest American base in Afghanistan, and formerly home to 40,000, Edmund Clark examines the experience of the vast majority of military personnel and contractors who have serviced Enduring Freedom without ever leaving the base. Clark distills their war down to a concise series of photographs of the two views they have of Afghanistan: what they experience of the country over the walls or through the wire of their bases, and what they see through pictorial representations within these enclaves of high technology and occupation.

At Bagram Airfield, the view, both outside and inside, is dominated by the mountains of the Hindu Kush. Set against their looming presence, Clark’s images from his time spent embedded with the U.S. military, expose the dystopian relationship between the man-made landscape of Bagram and the country beyond its walls. Evoking an intangible awareness of the mountains beyond, and the unseen insurgents hiding within them, Clark’s quiet and contemplative images portray an alternative narrative to the one ordinarily presented by the media.

Echoes of the surrounding landscape resonate in Clark’s photographs of spaces within the walls of the base, finding visual rhymes in the craters formed by construction work, peaks of refuse-strewn razor wire and the precisely ordered vistas of military tents.  Inside the buildings, the landscape is simulated by murals and artworks, representing another view of Afghanistan. On the walls of a dining facility, a series of paintings signed by an artist named ‘Majeed’ portray idealized scenes of mountain passes and lakes, in which Clark questions the influence of Western ideas of romantic or naive painting. Reflecting on the significance of the paintings’ location on an American base, Clark says: “How many tens of thousands of pairs of western eyes have registered the pastoral peace of these mountainscapes? Has anyone considered what they say of the country they are playing a part in occupying?”

In this exhibition, Majeed’s paintings have been reproduced as a series of picture postcards. Likening them to mementos for souvenir hunters of an idealized touristic landscape, Clark’s appropriation of the paintings offers a powerful reminder that the mountains remain out of Western reach. Clark says: “There is distance between these mountains. Vistas of tranquillity fabricated by hand from canvas, wood and paint. Images from an enclave captured in high resolution by the latest digital technology. Two cultures divided by landscape and time. Ever present mountains forever beyond boots confined for a duration, within walls of occupation, on a ground of gravel and tarmac. And there is convergence. Both are mountains of the imagination. Both are representations of enduring freedom; and in both the mountains belong to Majeed.”

The Victory Column of Enduring Freedom is a monument to the notion of victory in the war in Afghanistan. It is a reference to Emperor Trajan’s column in the forum in Rome which records his campaigns in Dacia, modern-day Romania, through relief sculpture scenes spiralling up the column. The form of the spiralled column has been re-used and reinterpreted through history as an icon of victory, perhaps most notably for the victory column of Napoleon’s Grand Armée in Place Vendôme, Paris, made from captured Russian and Austrian cannons.

Razor wire and aggregate are materials commonly used for the perimeter security and surface imprint of enclaves of occupation in the War on Terror.

Exhibited works include: The Mountains of Majeed, The Victory Column of Enduring Freedom