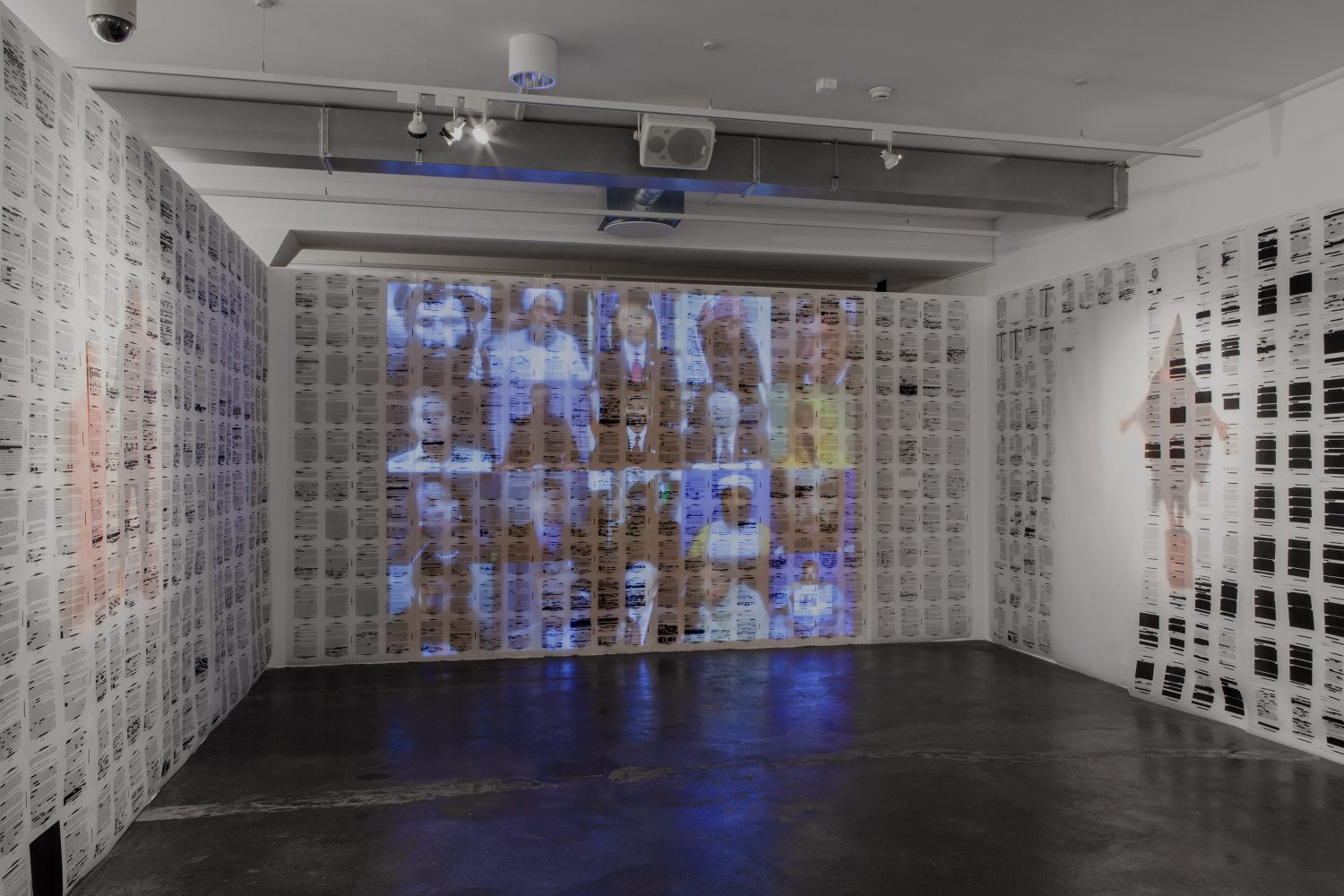 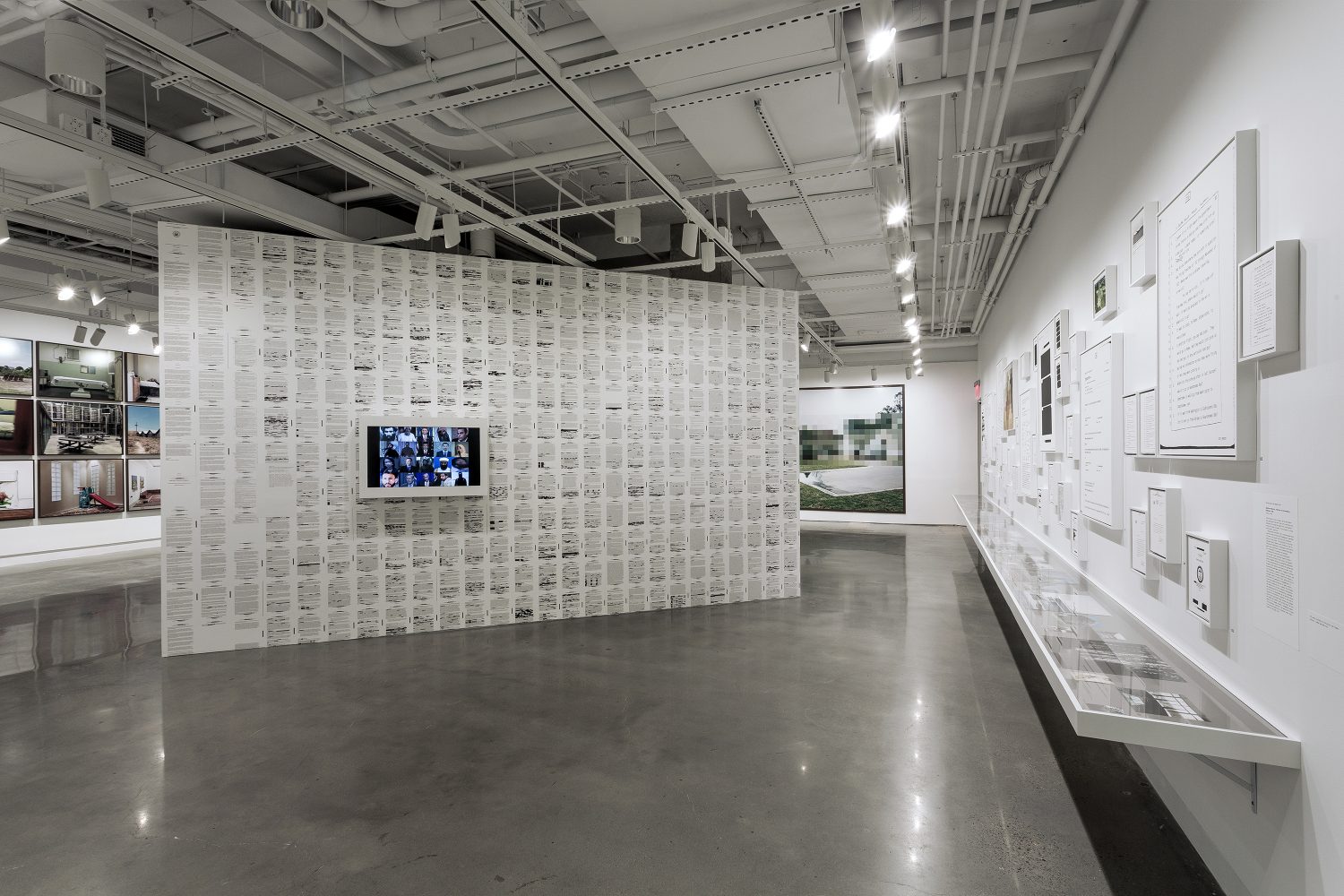 Terror controls insidiously. Zealots, prophets and politicians articulate actions and threats that are mutually dependent, feeding off each other in propagating fear, hate, dehumanisation and the illusion of efficacy. The world watches on, aghast but passive before the protagonists’ flickering faces. Beyond these on-screen visages individual ‘enemy combatants’ and ‘infidels’ wear a uniform of orange, now the de facto colour of horror and trauma. Figures from Guantanamo and the more recent spectacle of those paraded by Islamic State bookend with a fearful symmetry the timeline of the War on Terror.

In Body Politic (2016) the protagonists are unheard. The only words are two documents redacted by the CIA. The focus is on the human body. Caught in the crossfire of competing narratives, murderous rhetoric and brutal interrogation, a body is terrorised, tortured and made abject. Behind every screen, every document, every journey, every makeshift prison that is part the War on Terror, a human body is in pain or put to its death.

Developed in collaboration with Max Houghton. Edited by Reinis Lismanis and Alessandro Melillo. The full film is 5 minutes, looped. Please contact the artist for access to the full cut.