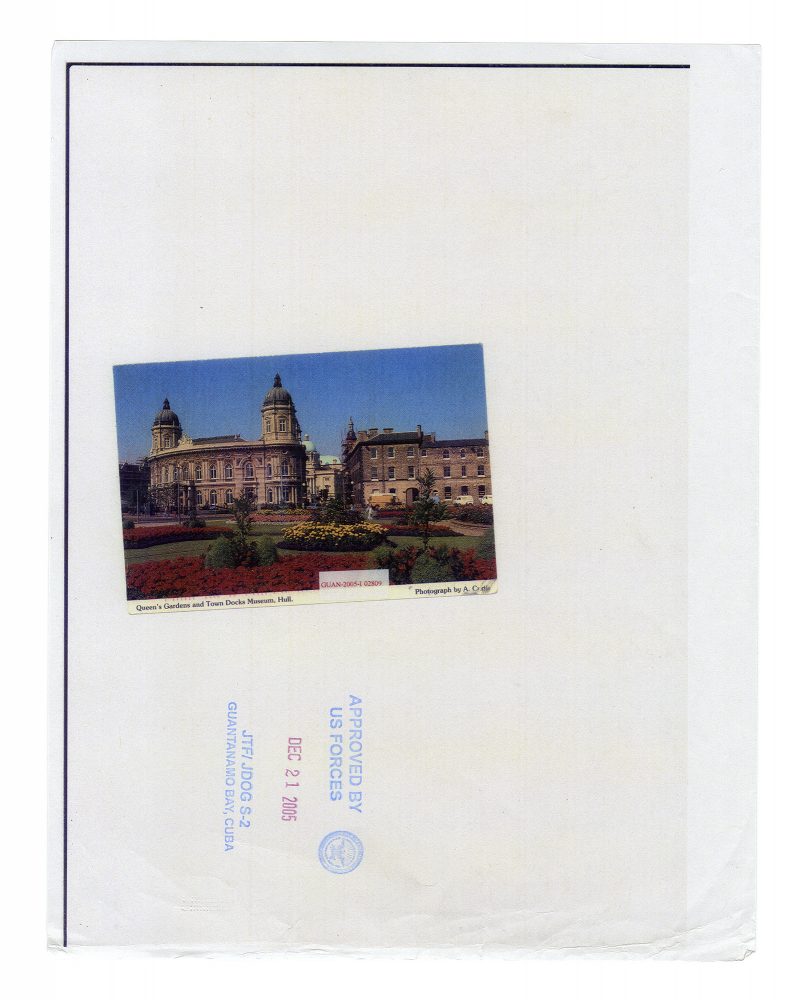 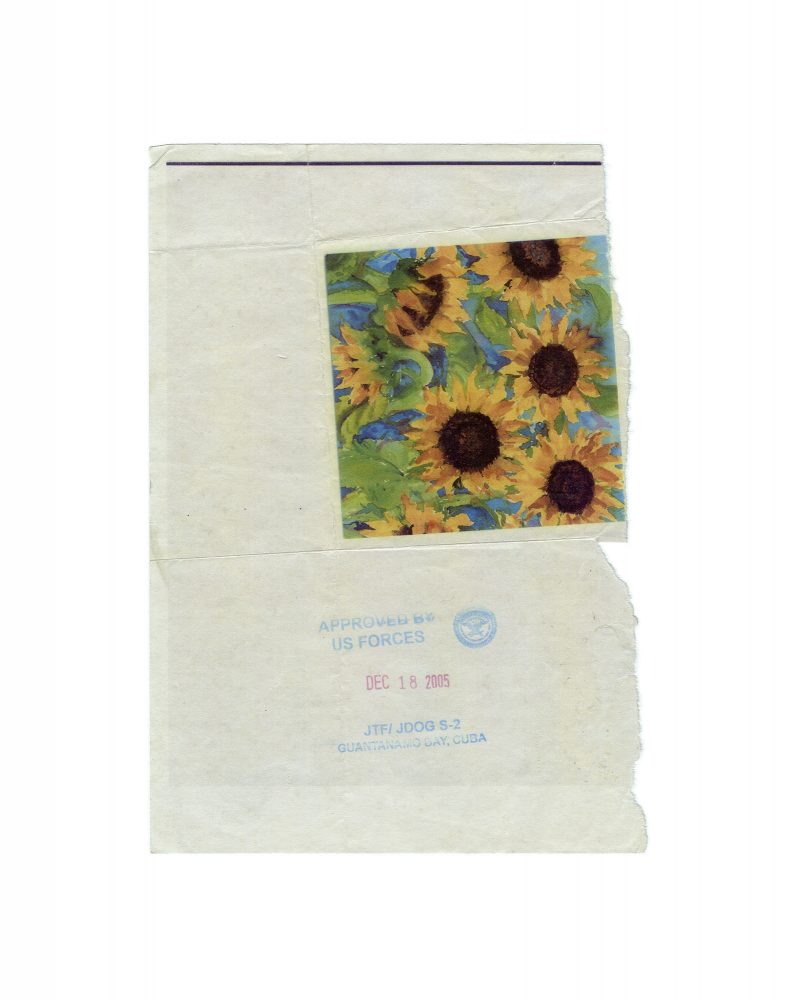 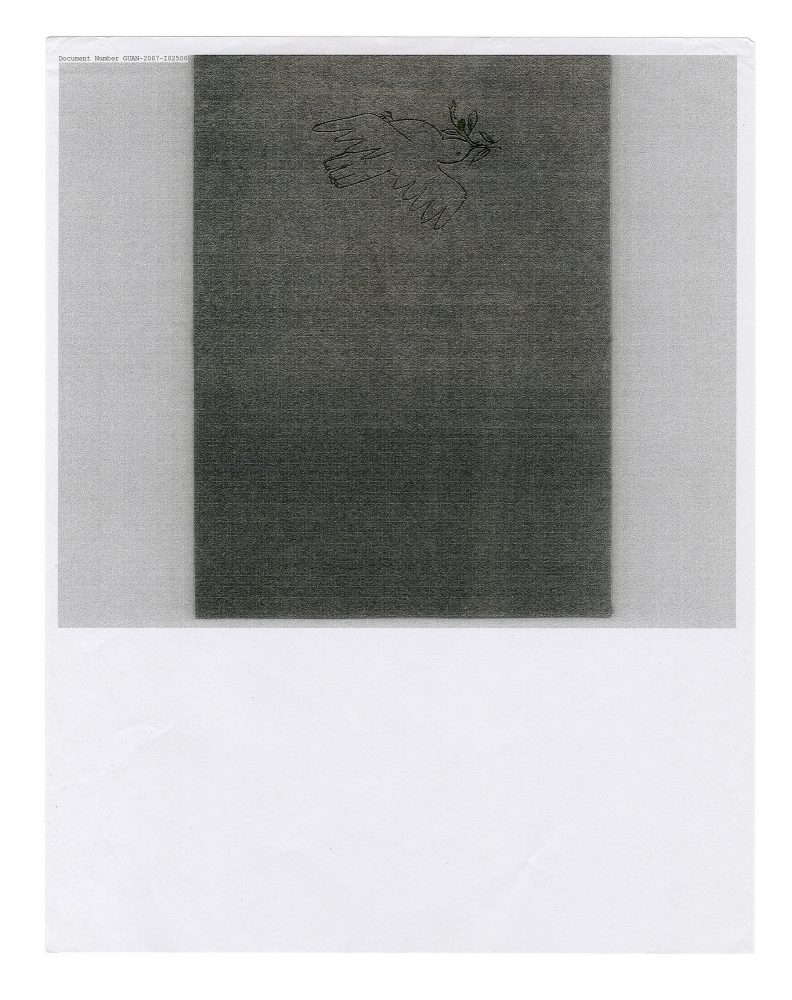 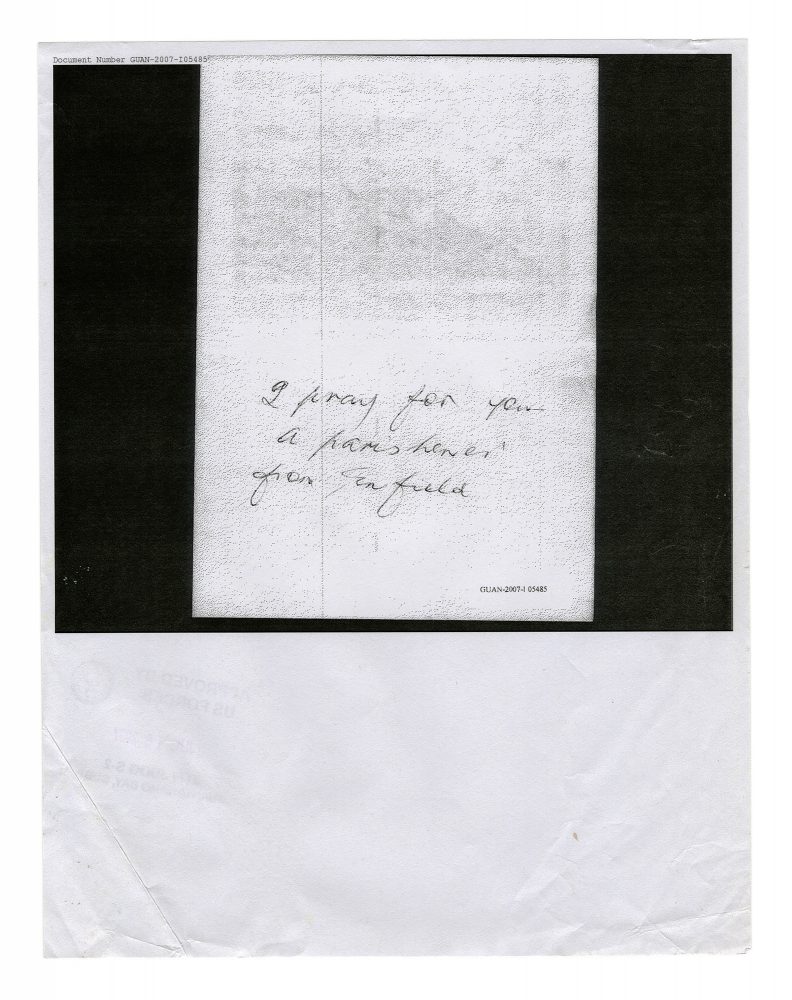 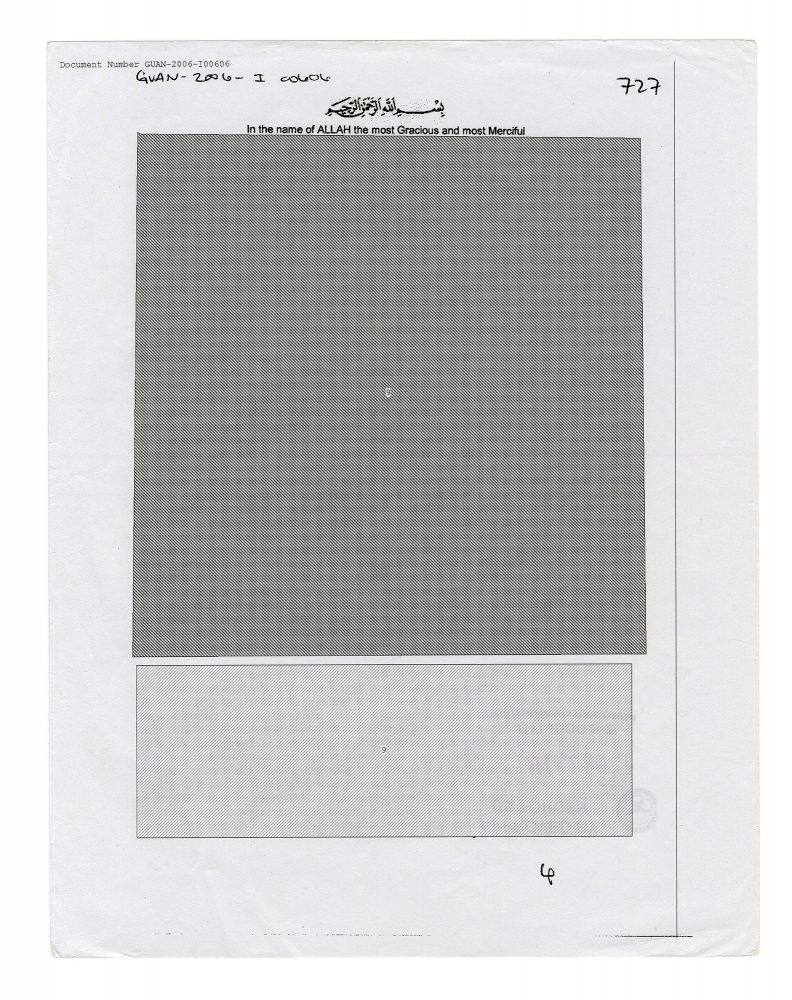 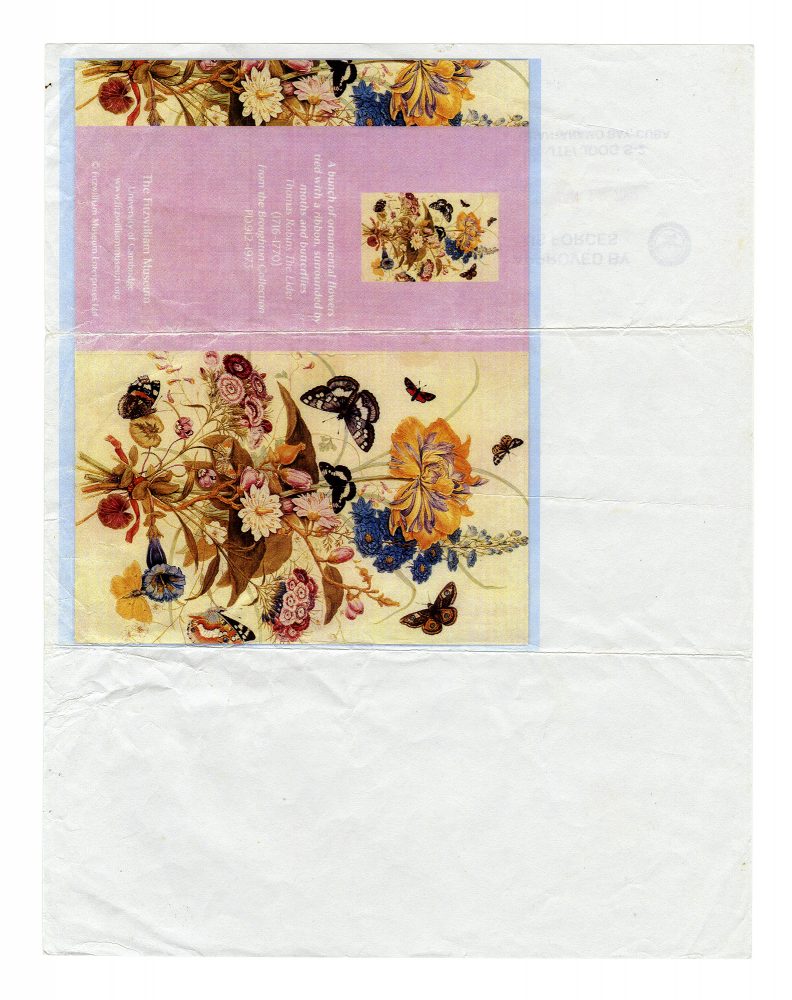 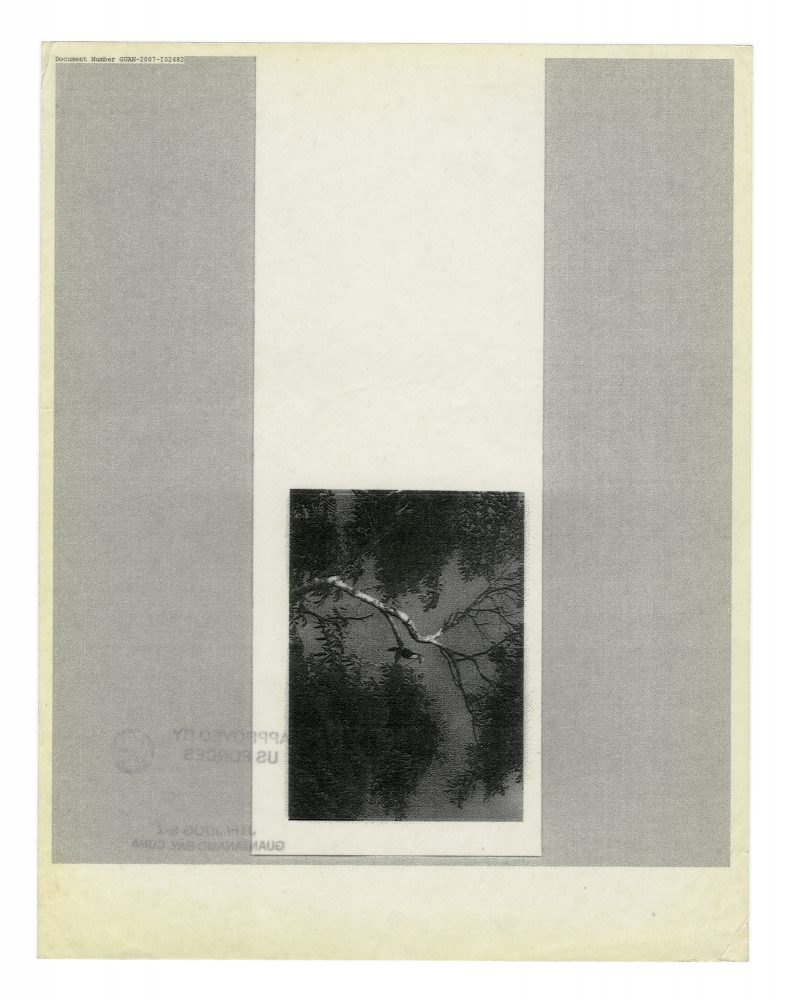 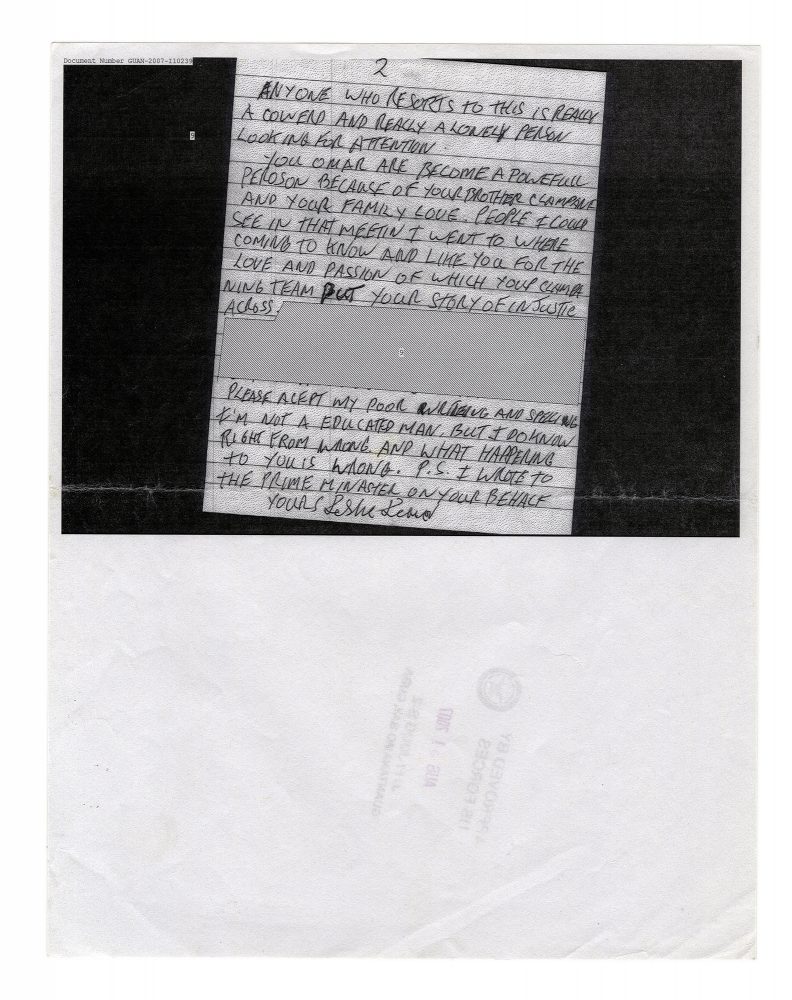 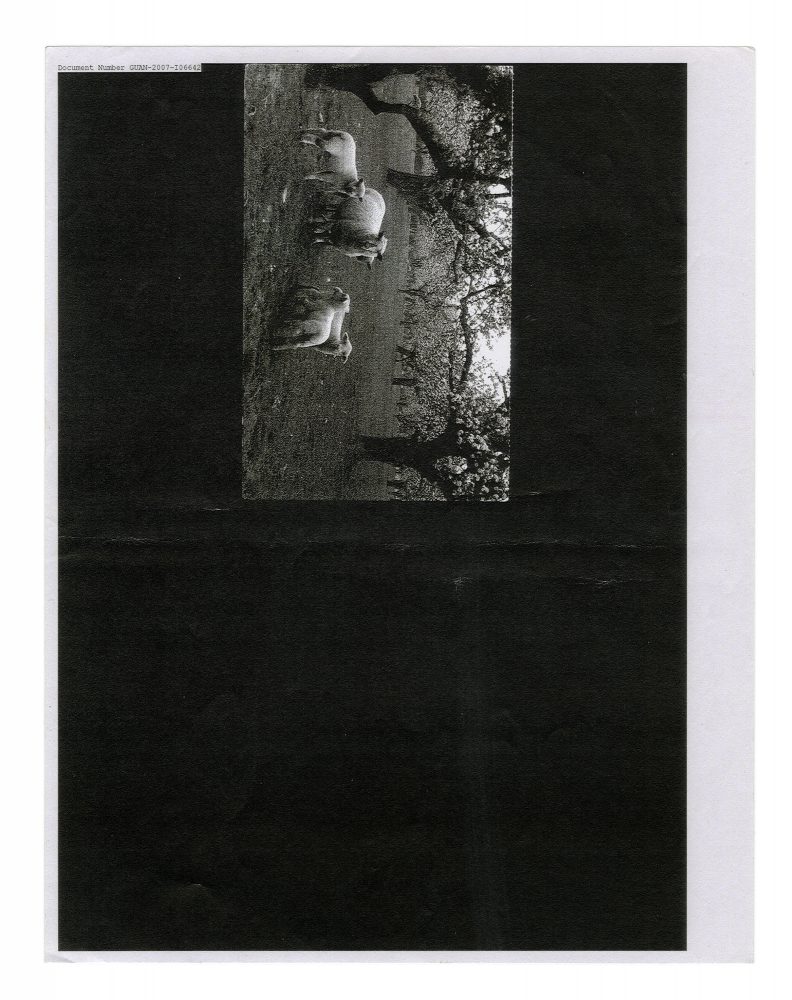 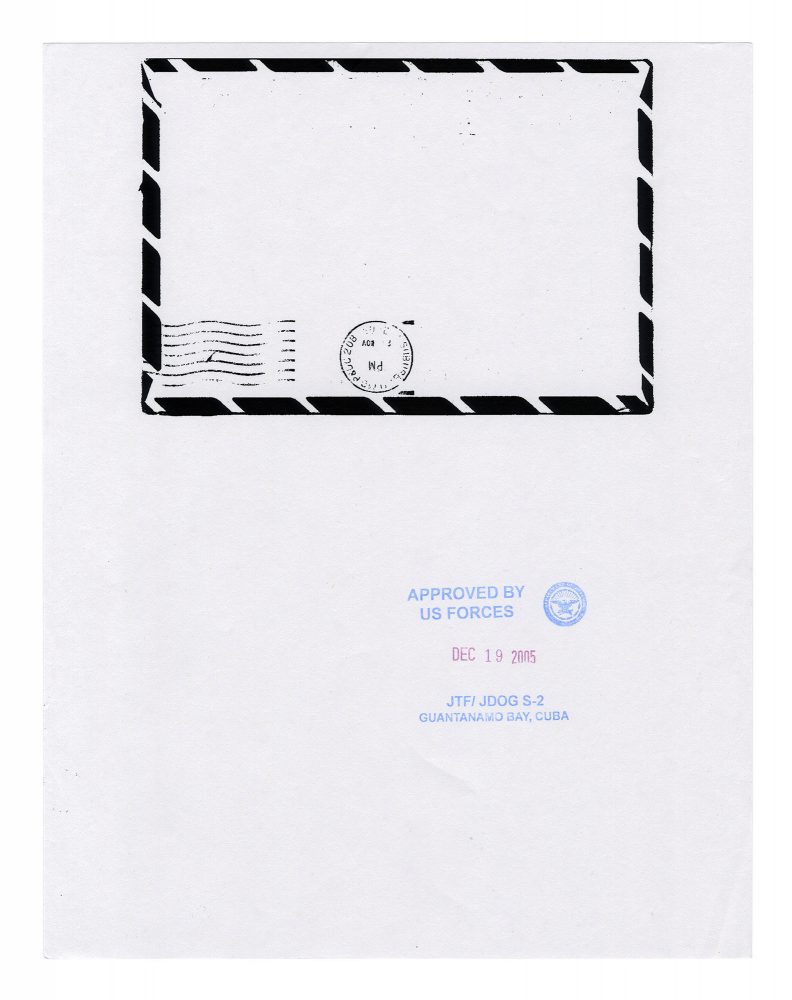 Letters to Omar (2010) comprises a selection of cards and letters sent to UK resident Omar Deghayes during his six years of captivity at the Guantanamo Bay detention camp. Some are from his family, but the majority are from people around the world who had never met Omar. These are the choices they made in terms of images and words to send to a man in a cell thousands of miles away.

At Guantanamo, everything was scanned for dangerous substances, redacted and copied or scanned – including the backs of envelopes and blank sheets of paper – officially stamped and/or given a unique reference number. These are images created by this bureaucratic process. Omar never saw the original documents. When and in what form he received these copies was controlled by his interrogator. These degraded, abstracted gestures of support became complicit in the control process exercised over Omar and ultimately contributed to his paranoia and disorientation.

He was released without charge in December 2007. These images are scans of the copies that Omar received.