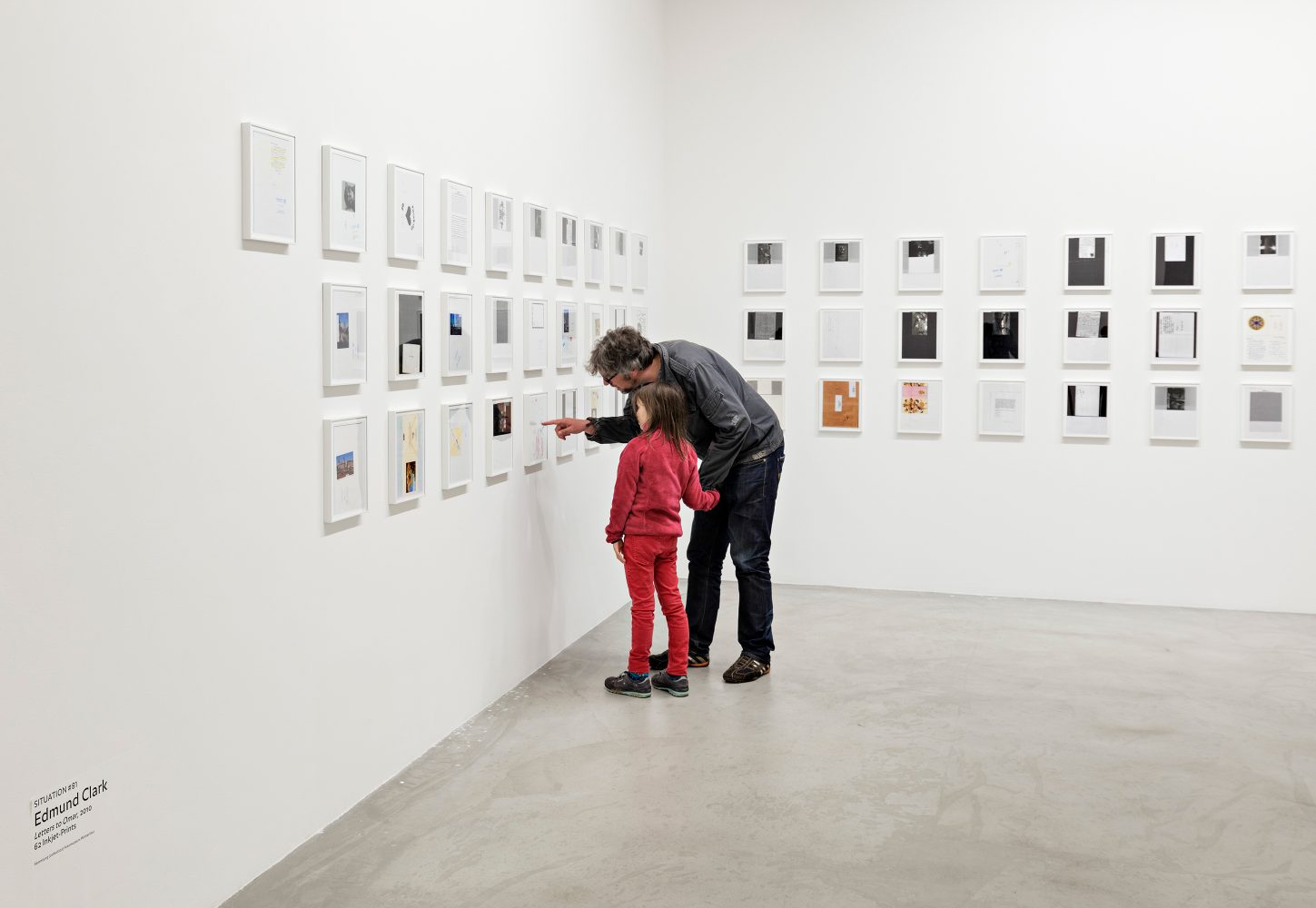 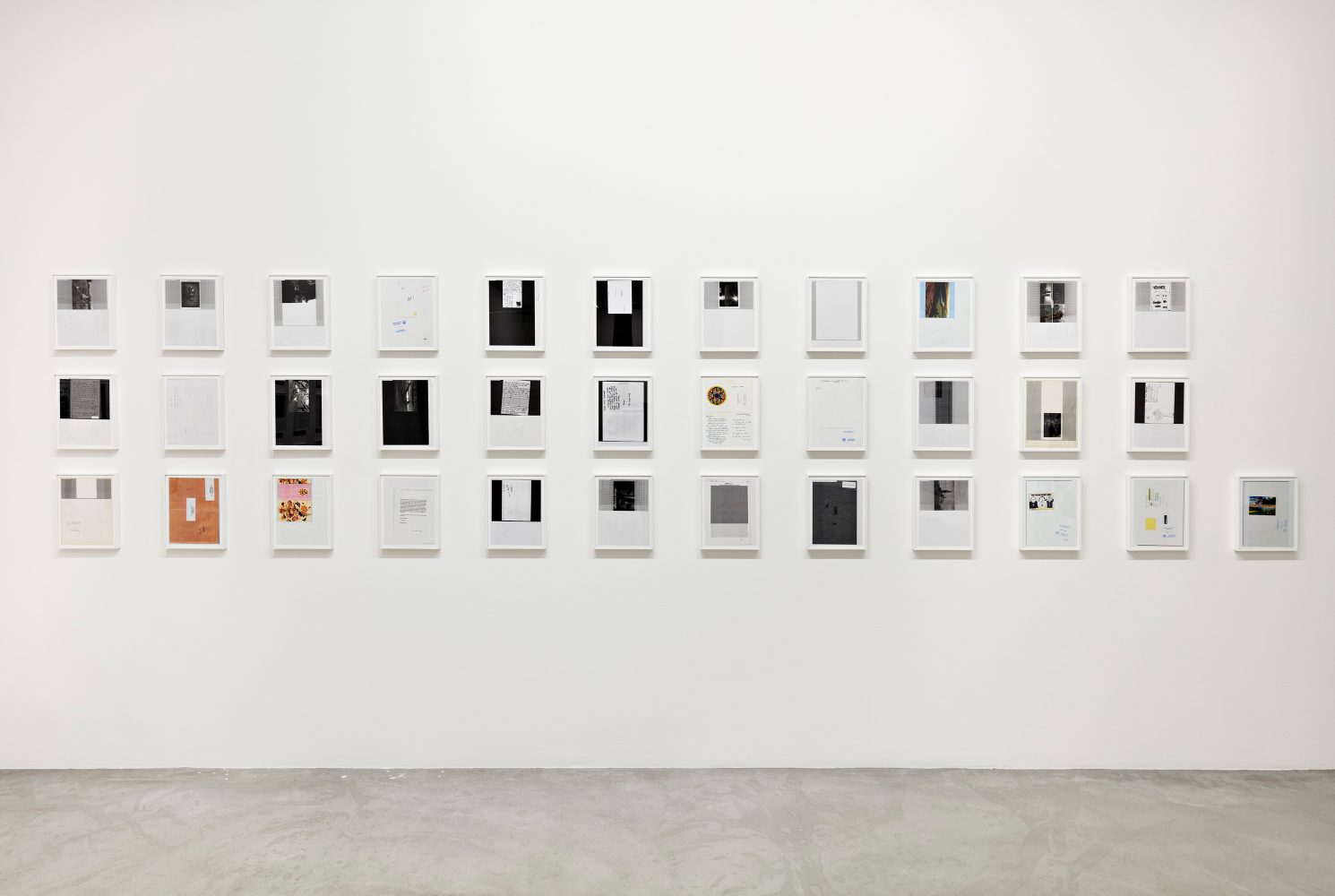 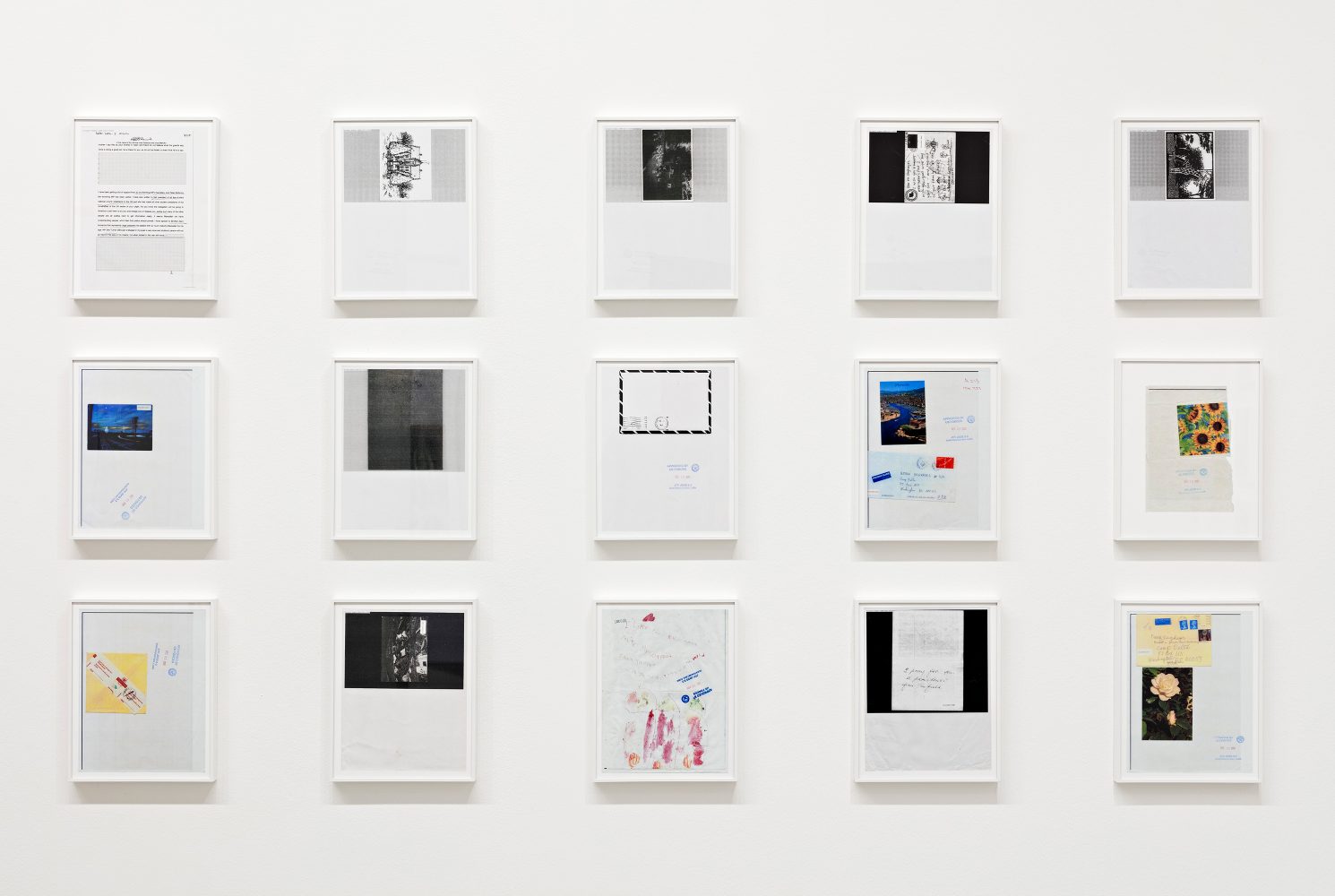 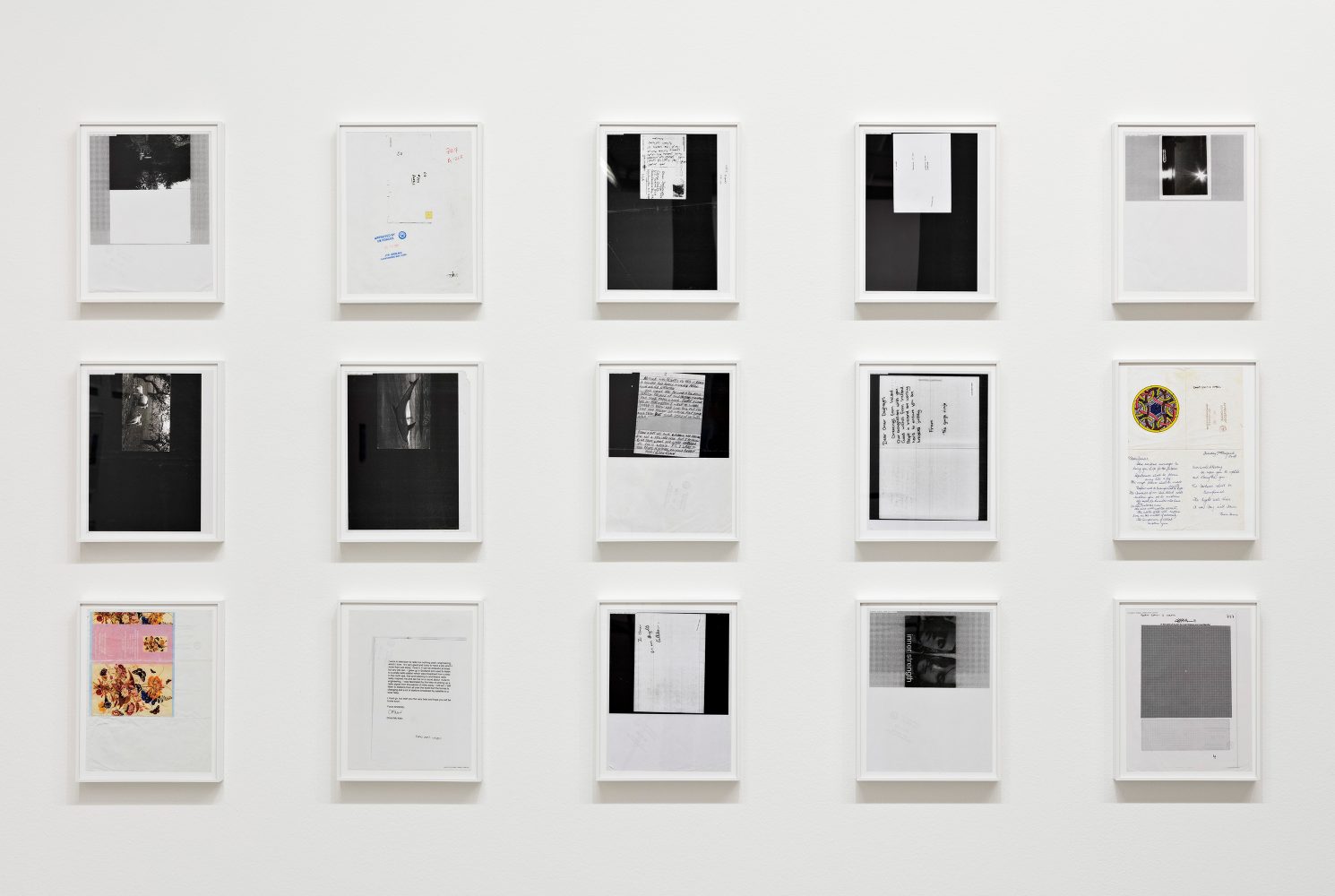 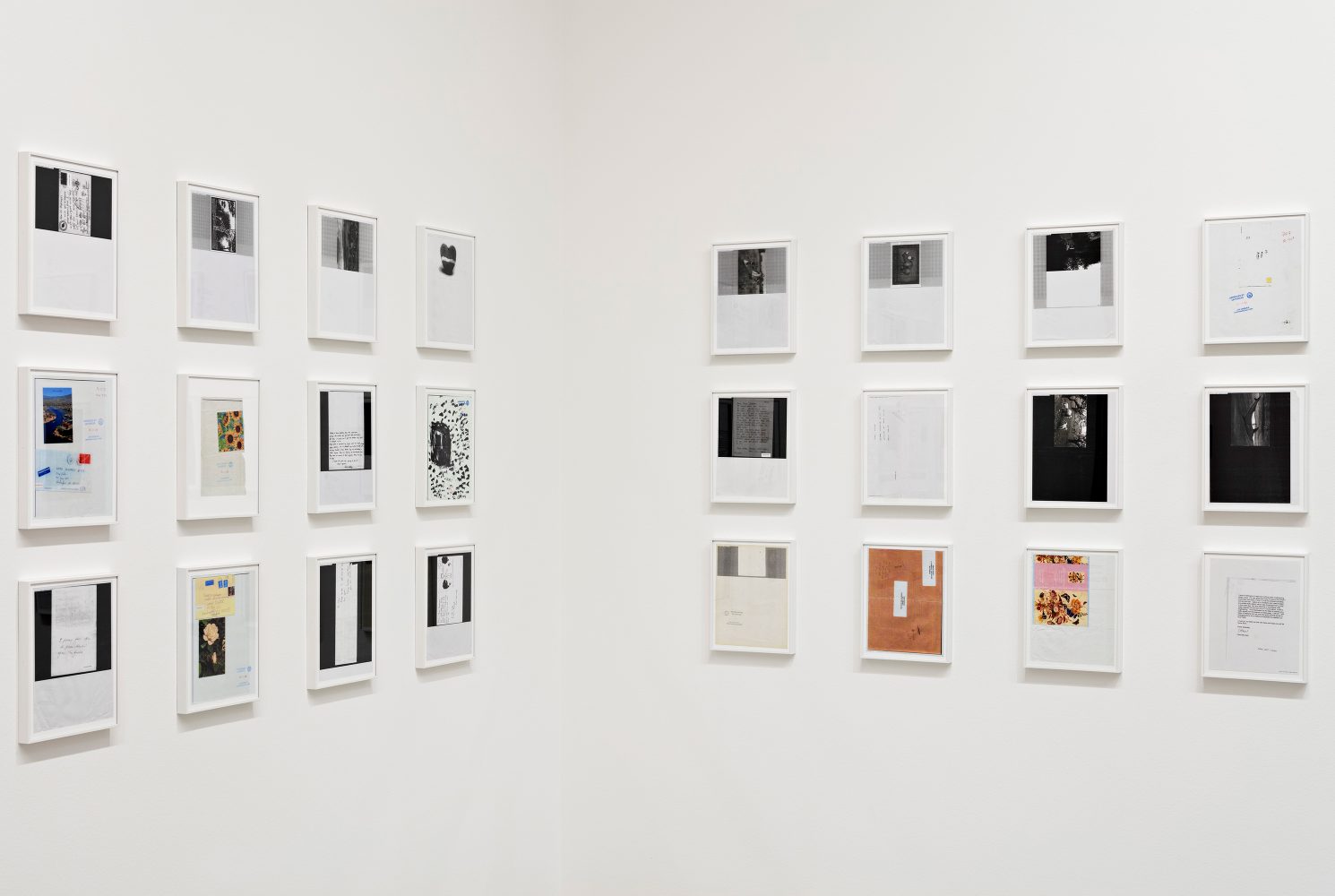 In Letters to Omar, Edmund Clark examines the strict monitoring and control mechanisms in the Guantanamo Bay detention camp. The work comprises postcards and letters received by the (unjustly convicted) British prisoner Omar Deghayes during his six-year term in the camp. Some are from family members, some are from his lawyer, others are from people around the world who had never met him. To prevent dangerous substances from entering the complex, every document, each individual page, even the backs of envelopes are scanned and given an official stamp and reference number. Omar never saw the original letters and postcards. The documents he received – copied, controlled and censored by the bureaucratic process – were his only bridge to the external world, one that became more removed and abstract with each reproduction and intervention; a strategy that wilfully contributes to the mental dissociation and disorientation of the prisoners.